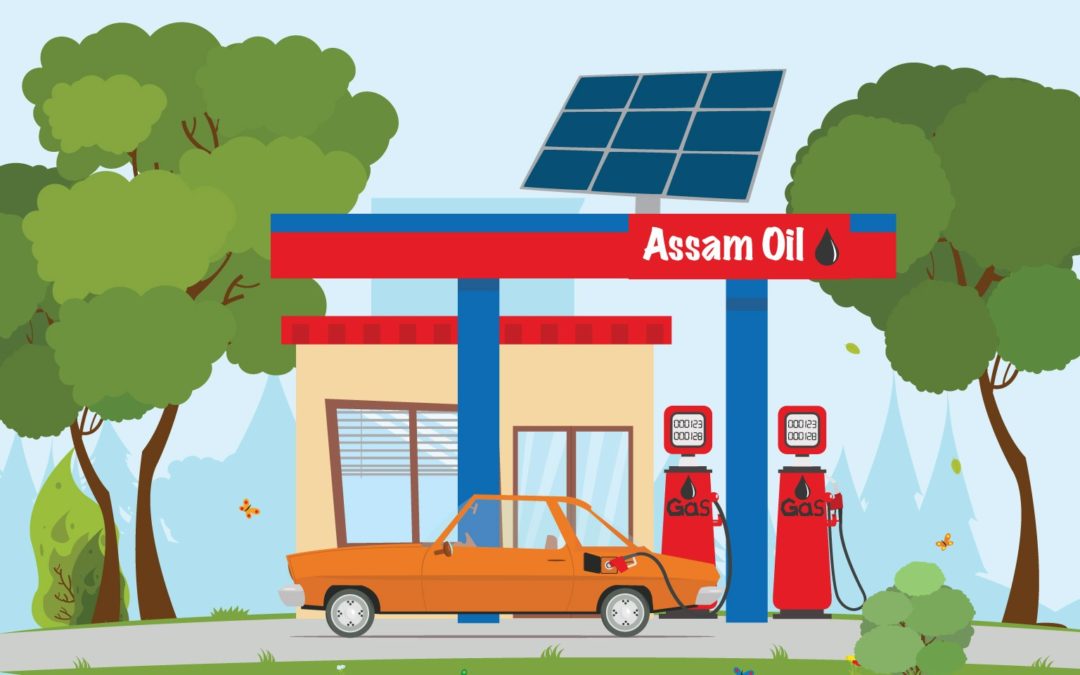 Solar energy has picked up across the world in a big way. And India is no stranger to it. In fact, India has pledged to install 175 GW of renewable energy by the year 2022, which includes 100 GW of solar energy. Several initiatives are being taken in that direction. A petrol pump on Assam–Nagaland border has taken a similar direction, which was faced with frequent power cuts. Operations used to be affected at the pump since fuel dispensers need constant electricity in order to function. The pump’s owner decided to harness solar power to keep his business going and thus emerged the idea of solar power petrol pumps. In fact, the move has completely changed his life and business fortune.

‘Today, people can tank up even when there are power cuts in this area. My customers have increased three-fold since the year 2016 (when solar power was introduced),’ says Bijoy Sonowal, dealer of the Indian Oil Corporation (IOC) pump in Nagabat village in Assam’s Titabor sub-division. The Solar petrol pump, called Assam Oil, caters to around 500 customers every day.

Nagabat means ‘path of Nagas.’ The village has been named after the village path that the Nagas used to take to come down from the hills in order to trade with the Assamese people and also to cultivate rice. There used to be frequent land conflicts in the region between the Assamese people and the Nagas. Today, Assam Oil sells over 1,000 liters of petrol and around 3,000 liters of diesel every day and caters to people of both Assam as well as Nagaland. Similar to other conflict–prone borders, the area has seen minimal development. The Assam State Electricity Board’s supply is erratic.

Sonowal says there is just one transformer of 16kV in the area, plus there’re power cuts galore for 5 to 6 hours every day. ‘We cannot operate a petrol pump, if customers need to wait for so long in order to get fuel,’ he says. Switching on diesel generators had its hassles as well as the time lag. Sonowal took his complaint to the IOC office in Guwahati and was advised to switch to solar energy. Finding it as a viable solution, Sonowal bought solar panels of 5kW capacity for Rs 5 lakh. The electricity they generate comfortably powers the four fuel dispensers, a water-pumping motor, two fans, four LED lights and the card-swiping machine at the pump. Sonowal says the switch has doubled sales. Today, his petrol pump sells over 1,000 liters of petrol and around 3000 liters of diesel every day and caters to people of both the states Assam and Nagaland.

Rabin Baruah, who is a regular customer at the Assam Oil petrol pump, says getting his car’s fuel tank filled earlier used to be a tough task. Due to power cuts and endless queues, he was often not able to buy petrol for several days and was forced to commute to work using public transport. Now, he is glad with the solar petrol pump’s service. ‘Now, I know that if I don’t get petrol anywhere else, I will get it in here in Nagabat,’ he says.

Apart from the increased sales due to the smooth operation of the solar petrol pumps, Sonowal also saves the Rs. 16,000 to Rs 20,000 that he used to pay towards his monthly power bills. Using a diesel generator for the backup meant an additional cost of Rs. 20,000 per month. Now, he needs to use a generator only during the rainy season when the solar batteries run out of charge. The generator cost has come down to around Rs. 3,000 a month.
Due to frequent power cuts, petrol pumps in Andhra Pradesh and Maharashtra are switching to solar energy. The process started a few years ago. The IOC, which owns around 24,000 of the 50,000 plus petrol pumps in the country, said in 2015 that it will increase the number of solar petrol pumps from 2,000 to 10,000.

According to the IOC estimate, one petrol pump that switches to solar energy makes available enough power for around 60 houses in rural areas. Even cost-wise, solar petrol pumps work out to be cheaper. The solar power assembly is subsidized by the government. Monthly savings result in the petrol pump dealer recovering the cost of solar panels in just a couple of years. Being commercial establishments, petrol pumps attract high power tariffs. Now, solar power is becoming cheaper than coal-generated or other fossil fuel electricity. Establishments have all the more reason to opt for renewable energy. Sonowal is happy that he did, and so are the customers.

Find out more about it