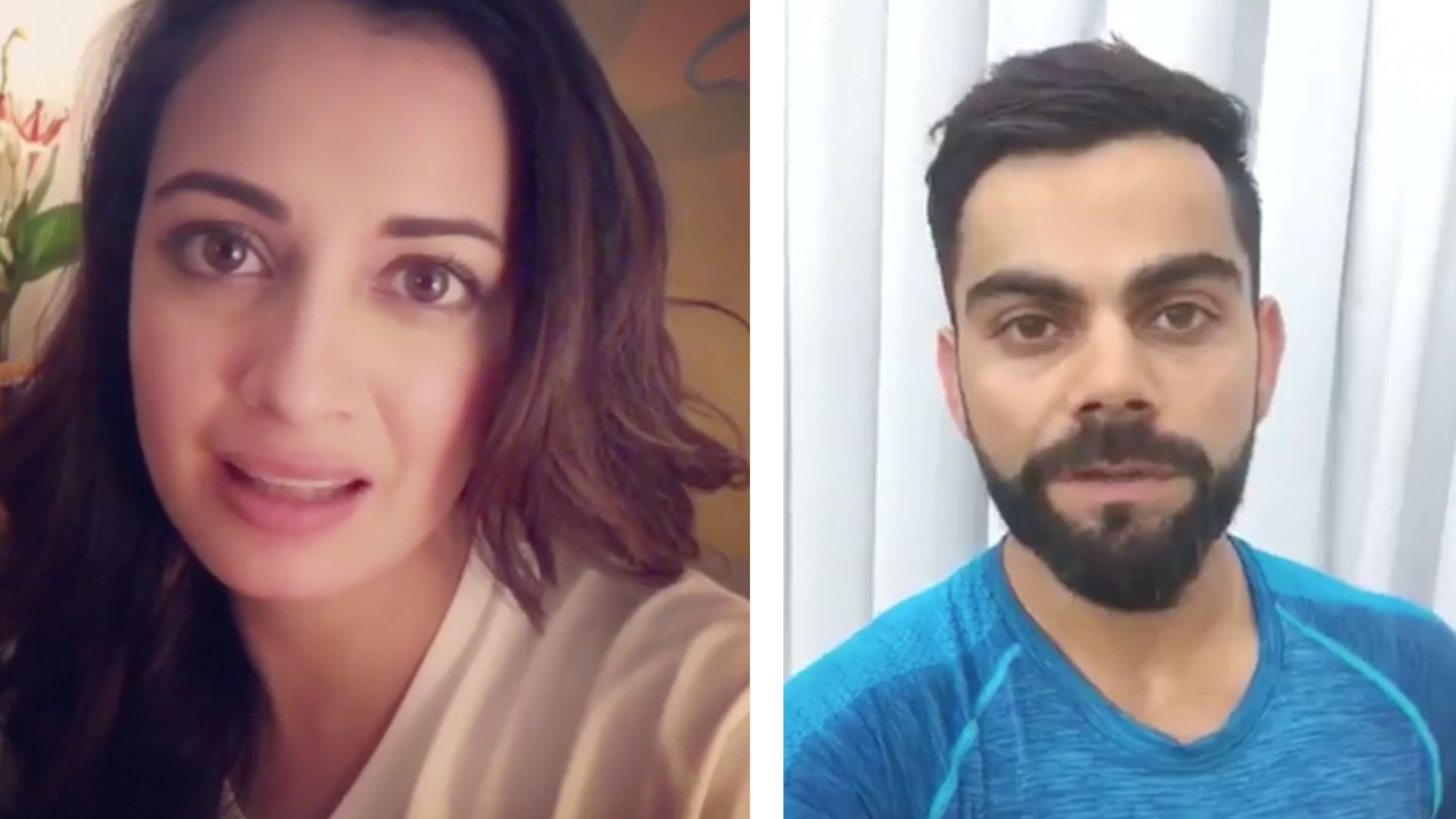 Supreme Court of India has has banned firecrackers in New Delhi in order to prevent air pollution. The SC has suspended licences of “permit sale of fireworks wholesale and retail within territory of NCR” till October 31, 2017.. Various civil society groups as well as celebrities such as Virat Kohli and Dia Mirza have come together for a pollution free Diwali.

Let’s see how celebrities including Bollywood stars, cricketers, common citizens, and media persons are coming together to campaign for how to celebrate Green Diwali Clean Diwali. They are taking the Green Diwali pledge for a pollution free Diwali. Diwali ban is transforming into a civil society campaign to fight against air pollution such as those by firecrackers. Following a water-free Holi as well as eco-friendly Ganesha, the chorus is increasing for a green Deepawali. Every year pollution sky rockets resulting in spate of respiratory diseases along with inconvenience to the elderly, children as well as pets due to the ear shattering noise pollution. The movement for an environment friendly Diwali is finding support from several celebrities, including cricketers like Virat Kohli and Kapil Dev, actors such as Dia Mirza, Arjun Kapoor, Raveena Tandon, Rannvijay Singha, and Rahul Khanna. Many are pitching in to make the #MyRightToBreathe campaign a success and make green Diwali clean Diwali a success.

To celebrate every occasion in our lives,it will be wonderful if we can plant a tree.In healing earth,we heal ourselves#WorldEnvironmentDay

I’m going to light up this festive season with diyas, not fireworks. Join me in saying NO to noise & pollution. Let's celebrate a safe, #CrackerFreeDiwali! #SayNoToPatakas pic.twitter.com/LXyXI7HLQn

Radhika Kapoor, who is the Delhi-based co-founder of #MyRightToBreathe movement green Diwali celebrations mean boycotting firecrackers. “I will be doing all things Diwali: from lighting up my home with diyas, decorating it with natural rangolis, doing charity, carpooling to lunches and dinners,” she says.

Restauranteur Gauri Devidayal of The Table, crackers and fireworks are out of the question, while TV personality Amrita Raichand also talks about being environmentally conscious as far as food habits are concerned. The campaign is gaining high traction on Television as well as social media channels such as Facebook, Twitter, and Instagram by NDTV’s Sonia Singh and Rahul Kanwal. Delhi doctors from Apollo Hospitals and Fortis Hospital are also speaking out on air pollution.